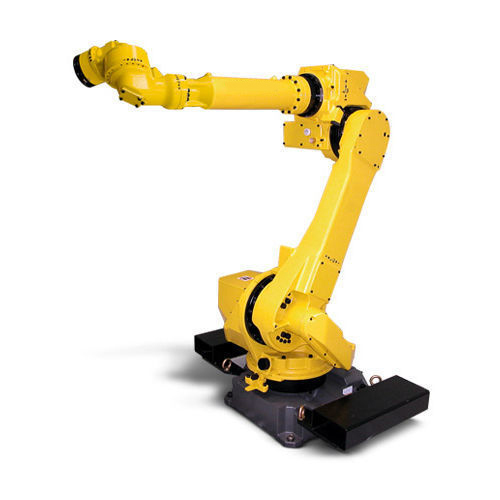 Various end-use industries in the articulated robot market are leveraging the marked flexibility and large work envelop to advance the level of automation. Manufacturers and integrators of articulated robots are gravitating toward the launch of robotic technologies to meet the need for turnkey solutions for key end-use industries. Broad focus has been on improving the dexterity and precision for several of these players in the articulated robot market. Particularly, this is one of the factors that has kept demand increasingly lucrative.

Several advantages have been driving their popularity in such application. The ease of deployment and reduced installation cost are at the forefront of the motivations for harnessing the potential of articulated robots in automation applications.

The overall articulated robots, projects a report by Transparency Market Research, will rise at the CAGR of 14.22% during the forecast period of 2018 – 2026.

The longevity and affordability of articulated robots have spurred automotive, aerospace, electronics, and food and beverages. Strides being made by Industry 4.0 have helped in the expansion of the market. The industrial revolution trend has gained traction in the current generation of manufacturing technologies and processes, underpinning new prospects in the articulated robots market. A case in point is the popularity that Selective Compliance Assembly Robot Arm or SCARA has achieved in range of robotic assembly applications, mainly due to performance gains the businesses have reaped.

Some of the well-entrenched manufacturers of articulated robots are Toshiba Machine Co. Ltd., Seiko Epson Corporation, Mitsubishi Electric Corporation, Mitsubishi Electric Corporation, and FANUC CORPORATION. A large numbers of them are domiciled in Asian countries. Several globally prominent players are based in Asia Pacific nations, endowing the region a prominent position. A large chunk of recent demand has come from electronic manufacturing services industry. The industry vertical is expected to clock a promising CAGR 2018 to 2026.