How the internet is helping industries to become more sustainable 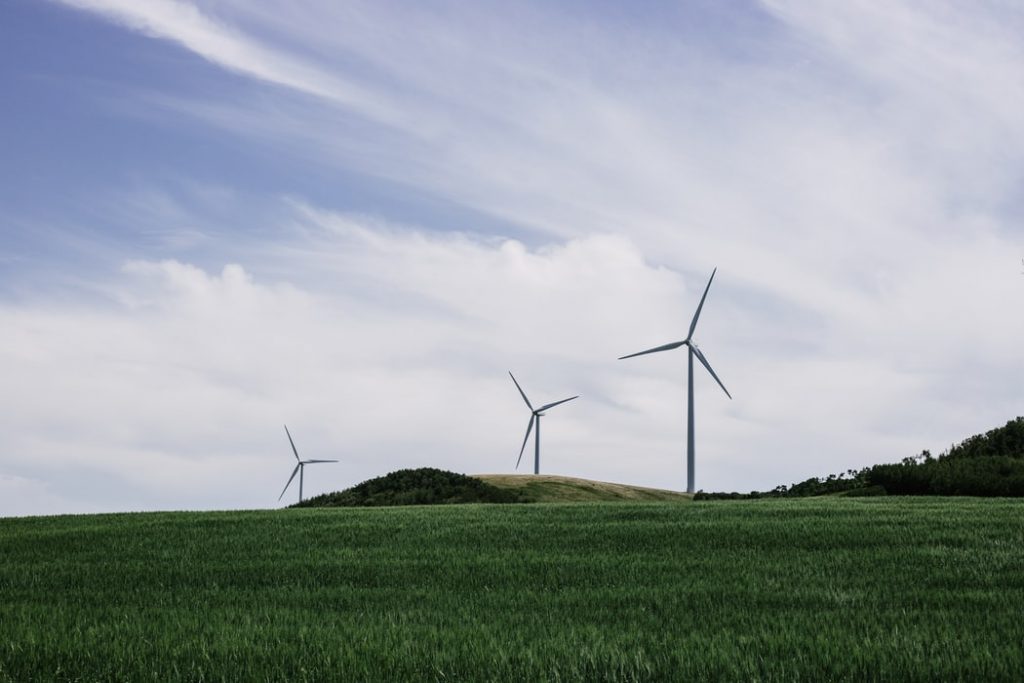 WITH around 99% of the world’s scientists agreeing that humans are, at least in some part, responsible for the change that we’re currently seeing take place in our climate, the need for action has never been more apparent.

Just as governments and citizens are taking action to reduce their environmental impact, businesses are finding ways in which to reduce their carbon emissions and limit the amount of waste produced by their operations.

Running these facilities requires a tremendous amount of energy and water. A study by the Las Vegas Advisor reported that a casino will typically use around 14 kilowatt-hours (kWh) per square foot each year. Many of the city’s casinos have more than 100,000 square feet of gaming space, requiring over 1.4 million kWh each year.

Based on a calculation of the British Government’s energy mix data, a single kWh of electricity produces 0.256 KG of CO2 emissions. Therefore, a physical casino like the MGM Grand in Las Vegas would produce nearly 613 metric tonnes of carbon emissions each year.

This doesn’t account for the hotel space and other facilities used by the casino resort.

In contrast, online casinos use a fraction of the energy a traditional operation would. Running 10 cloud-based servers for an entire year produces around 4.5 tonnes of CO2. Just to be on par with a physical casino, an online operation would need more than 1,300 servers, which is significantly more than most would require.

Online casinos have become incredibly popular in recent years, partly thanks to the bonuses they offer to new customers, and partly because of the convenience they offer over the land-based alternatives. This convenience also means reduced emissions from travel to casinos and casino cities like Las Vegas and Macau.

The Energy Industry
Managing a country’s energy grid is a difficult balancing act. Every time you switch on a light, your TV, or your cooker, a power station needs to increase its production to supply the exact right amount of electricity.

This is an incredibly difficult balancing act, especially when there are surges in demand that can’t be predicted. The differences in demand can be huge. For example, the UK’s national electricity grid is put under strain during the ad breaks of popular TV shows like Coronation Street.

As the ads hit people’s screens, they all get up and begin to make a cup of tea, creating a huge spike in demand. This can mean firing up coal power stations, which produce CO2 emissions.

The energy industry is using the internet and other technologies to find a more sustainable way to balance the load on the grid. Upside Energy, a British startup, has created a smart energy management system, a cloud-based platform that connects devices like electric vehicles and battery storage systems to the grid.

If an electric vehicle is plugged into a charging station, its battery can be used to supply electricity into the grid, along with thousands of other devices, to help meet the short term spikes in demand.

Similarly, other companies are developing systems that do the same thing for the demand side. They connect refrigerators, air conditioning units, and other applications and temporarily switch them off to reduce the demand for energy. They can reward companies and individuals for doing it while removing the needs for polluting power stations to be fired up.

The Construction Industry
The construction industry is a big polluter, due to the nature of the work it undertakes. Erecting a large skyscraper in the middle of a city requires minerals to be mined, smelted, shaped, and transported to their final destination. Then even more energy is required to put the giant jigsaw together with cranes, large plant, and many power tools.

Then there are all the people travelling to and from the construction site each day, all the paperwork and drawings, and other consumables required. Once the buildings are finished, they continue to use energy and produce emissions too.

To combat this, the industry is using the internet to help it improve its environmental impact in many areas.

The first is Building Information Modelling (BIM), which is a series of tools and techniques used to bring all of the data and information required to construct a building or piece of infrastructure into one central digital system.

For the most part, construction companies still use the same techniques they did 100 years ago with large paper drawings that are regularly revised, leading to a lot of wasted paper and much confusion.

BIM does away with paper, creating a central portal that can be accessed over the internet. All of the architects, engineers and consultants involved in the designing of the building edit the digital model inside the portal. This ensures everyone is always working on the most recent version and does away with giant A1 drawings that get superseded every couple of weeks.

With so many parties involved, construction projects require a lot of meetings. To help reduce the amount of travelling each person does, many projects now make use of teleconferencing to hold meetings remotely.

Given that construction managers, architects, engineers and quantity surveyors can all drive tens of thousands of miles each year for their work, this could reduce CO2 emissions by more than 3 metric tonnes per person per year.

When constructing huge infrastructure projects like London’s Crossrail, careful attention must be paid to the buildings around the city that could be affected by the work going on below the surface.

Construction companies are using sensors fitted to buildings to detect even the tiniest amounts of movement. As well as giving them an earlier warning of any potential issues, the sensors also mean that inspectors don’t need to make as many visits in person, reducing their travel requirements and the associated CO2 emissions.