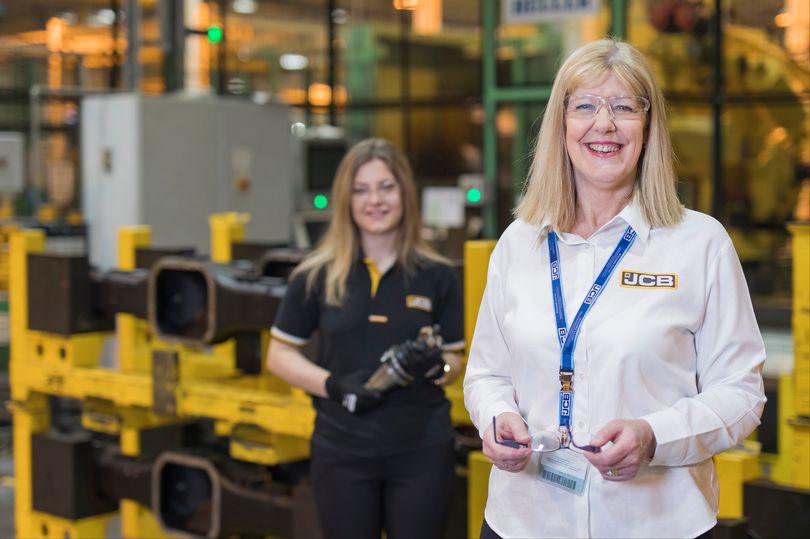 JCB Transmissions is encouraging its fellow Welsh businesses to register their employees to compete at this years WorldSkills UK – the UK’s largest skills competition.

The UK-based construction equipment manufacturer has previously supported WorldSkills UK competitors in the CNC Milling (computerised drilling) category, and it currently employs a team of apprentices competing in the manufacturing team challenge.

WorldSkills UK is an event which aims to improve the prestige of apprenticeships and technical education through the use of competitions, to inspire more young people to consider these as career routes and get their working life off to a great start.

WorldSkills UK inspires young people to be ambitious in their pursuit of skills to the highest level, and offers businesses a chance to benchmark and raise the skills of their workforce.

JCB Wrexham plant’s learning and development officer, Julie Jones, said employers benefit from WorldSkills as much as the young workers themselves.

“I’ve seen our apprentices grow both their confidence and their skills while they’ve been taking part in the competitions,” she said.

“We think it’s important they have the chance to work together as a team, and WorldSkills has really encouraged that,

“We’ve seen them form close bonds through the long hours they spend together practicing for the competitions, and it translates to their work in the factory.”

Julie said practicing for the WorldSkills competitions had encouraged JCB’s employees to be passionate and dedicated about their work.

“I don’t think I’ve ever seen employees as enthusiastic about staying late and carrying on practicing for their competitions outside of work hours,” she said.

“WorldSkills has encouraged them to be dedicated and meticulous in their work, which is something employers value from young people today,

“We’ve gained employees who are committed, hardworking and highly skilled, and JCB also receives recognition for supporting WorldSkills competitors, helping us show that JCB is a great place to work.”

Kendal Irvine is one of three members of the team who have been named in Squad UK.

The JCB employee said practicing for WorldSkills UK competitions had increased her skill-set.

“Taking part in WorldSkills has given me a huge confidence boost,” she said.

“When I joined JCB, the company was supportive of me joining the manufacturing team challenge with some of the other apprentices who work there,

“WorldSkills has given me the chance to learn new skills, like planning, budgeting and communicating, as well as giving me more technical knowledge for the competitions which has helped me in my day-to-day role as transmissions apprentice.”

JCB Transmissions is one of the world’s top three manufacturers of construction equipment and employs around 12,000 people on four continents, with 2000 dealer depot locations in 150 countries.

WorldSkills UK is backed by the Welsh Government through the European Social Fund, and promotes the importance of developing a highly skilled workforce and world-class individuals.

Entries for this years WorldSkills UK competitions close on April 7.

Students and apprentices who are successful in the National Qualifiers, which is the first stage of the WorldSkills UK competitions, will be invited to take part in the National Finals which will be held at The Skills Show from November 15-17 at the NEC, Birmingham.

WorldSkills UK will also be looking to identify age and skill-eligible students and apprentices to join its training programme to compete at WorldSkills, the world’s largest international skills competition known as the ‘Skills Olympics’ in 2021.